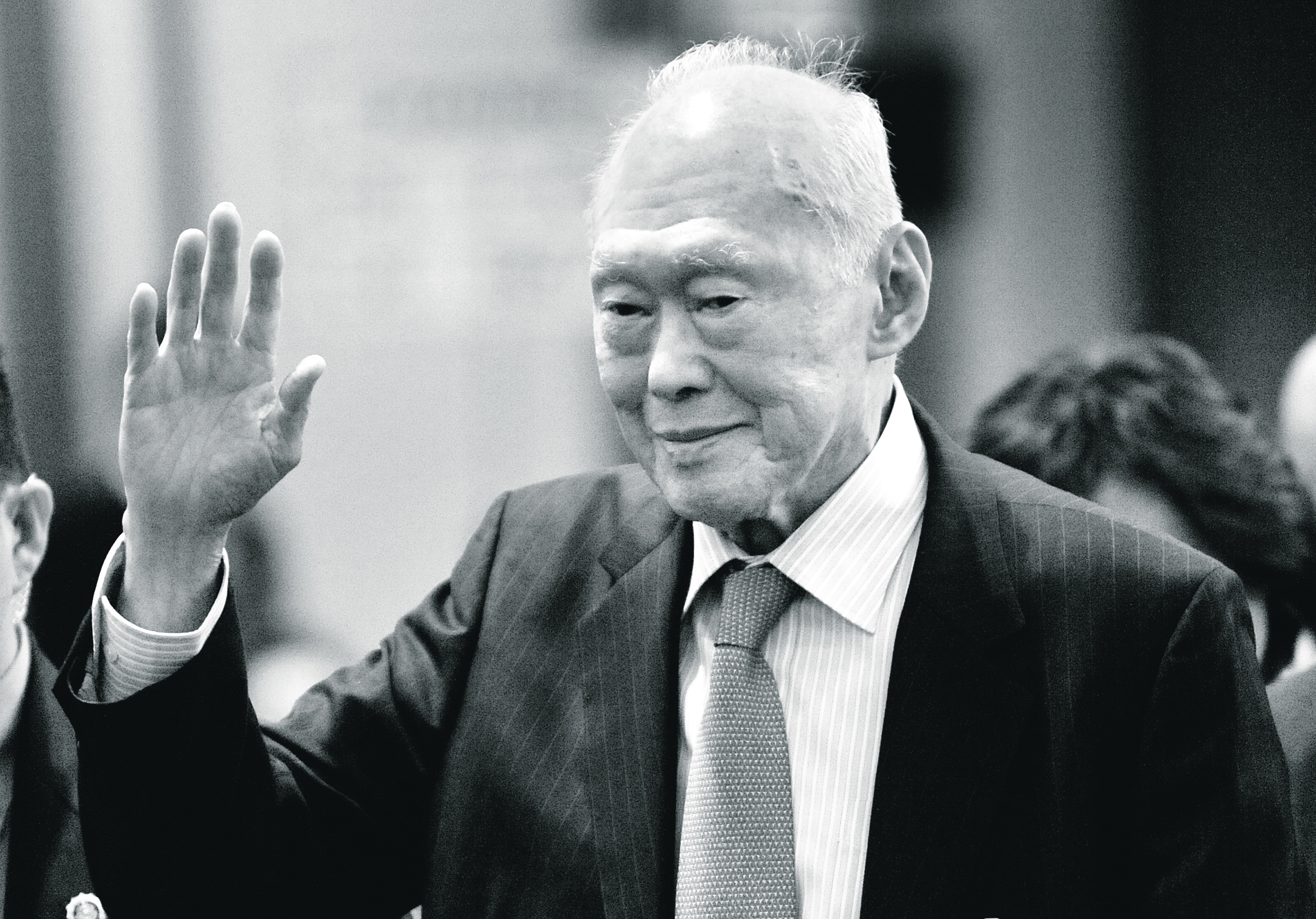 If you’re roughly my age, then like me you will probably know exactly where you were when the Twin Towers came down, when the Space Shuttle exploded, and when Princess Di died.

And so on. You see, we all have these personal lists of where we were when a truly transformative global event happened, or at the time of death of a public figure who mattered to us.

My personal list expanded by one yesterday, when I heard the news that Lee Kuan Yew, founding father of Singapore, had passed away, at age 91.

Now admittedly, I suppose that the death of Lee Kuan Yew does not immediately jump to mind for most people who read my blog. But I am also pretty sure that for any Singaporean, and for anyone who ever lived in Singapore, you’ll always remember where you were when you first heard that LKY had died.

To understand this, here is a re-hash of something I wrote about a year ago.

Singapore came into existence in 1965, at which point its population was about 1.5 million, and annual GDP per head was $516. Singapore has no natural resources to speak of – limited land, limited space, and the country must import everything: food, power and even fresh water. Not to mention that Singapore was born into a tough neighborhood, flanked by Malaysia and Indonesia, both of whom were less than enamored with the creation of this upstart island State and pretty much vowed to wipe it off the map.

Now roll forward the Singapore clock fifty years, and what do you find?

Well, Singapore has expanded to more than five million people, making it one of the most densely populated spots on earth. Although you would never know it, given that the island is covered in parks and greenery, dotted with shiny skyscrapers, and everything is meticulously organized, spotlessly clean and pollution free.

Singapore has also become one of the world’s major commercial hubs, with a massive presence in shipping, banking, high-end manufacturing, and healthcare. A multiracial population co-exists peacefully, enjoying a high quality, thoroughly first-world lifestyle. Its military is a regional powerhouse, notwithstanding the country’s tiny size, and Singapore’s annual GDP per head is US$51,000, a thousand fold increased from 1965, making Singapore the third richest country in the world.

So what’s the Singaporean secret sauce?

For me, the answer to that question presented itself seven years ago, when I was invited to a corporate lunch at which Lee Kuan Yew had agreed to address a small group of company executives.

LKY, as he is affectionately known in Singapore, is the country’s founding father. He was instrumental in the movement for Singaporean independence, and then served as the first Singaporean Prime Minister, from 1965 to 1990. When he retired from office, he adopted the role of “Senior Minister”, and later on, the role of “Minister Mentor”. At the time he was 84, and had been out of office for 17 years, but was still widely regarded as the bloke who ran Singapore behind the scenes (his son is the current PM).

His age meant he was unable to stand comfortably at a lectern, so instead he sat in an arm-chair on a raised podium, which made him seem quite small and frail. He wore a short-sleeve printed open-necked shirt, and his thin grey hair was combed back. So he looked less like the architect of the Singapore miracle and more like a Chinese grandfather on a day out from the old-aged home.

Until, that is, he opened his mouth. He suggested that he might dispense with his prepared speech, and instead just take questions from the group. He then proceeded to answer them for the next two hours, speaking without the aid of notes, and drawing on an extraordinary reservoir of knowledge that seemed to span everything from current events to history to pop culture. He spoke eloquently, without a single “um” or moment of hesitation, cracked jokes, illustrated his points with fascinating anecdotes, and displayed a razor-sharp insight that the years had obviously done nothing to blunt.

It was, in short, a truly virtuoso performance, that inspired total confidence in everything Lee Kuan Yew had to say that day. I was utterly spell-bound the whole time. When lunch concluded I felt almost exhausted, like I had just spent a few hours trying to keep up in a mental foot-race with a visionary. But I also felt exhilarated. LKY is one of those rare people who seem to radiate pure intelligence, and I had been privileged enough to experience it up close.

From all of his remarks that day, one thing was clear: Lee Kuan Yew had a hand in shaping almost every aspect of modern-day Singapore, in a very deliberate kind of way. He had thought long and hard about the type of society he was charged with creating. And then he had implemented that vision, approaching the whole business of nation-building with discipline, intellect and commitment. Despite the inevitable mistakes along the way, and despite the fact that not everyone always agreed with his methods, he had stuck to his guns, unwaveringly convinced in the rightness of what he was doing.

And this, over the course of fifty years, is what has made all the difference.

I heard of Lee Kuan Yew’s death on the radio, while I was driving through central Florida in the United States. I was on my way from a work meeting in Sarasota, on the west coast of Florida, back to the airport at Fort Lauderdale, on the east coast.

Central Florida is, to put it mildly, a pretty grim wasteland. Flat uninspiring swamplands and the occasional farm. Just as the BBC radio began a fairly lengthy tribute to LKY, I was driving through a rural town which consisted mainly of dirt roads, abandoned buildings, rusted vehicle carcasses, run-down shacks, and beat-up trailers in which it seems people actually live.

So much for the American dream, I thought. Although as I listened to the radio bulletin it did occur to me that Singapore, circa 1965, was probably not that different to rural Florida, circa 2015: poor people, living in poor, hot, swampy, run-down conditions.

And for sure, no-one in Singapore lives in a trailer.

Singapore was blessed. Whether by design or sheer good luck, this pinprick of a nation landed up with one super-smart guy at the helm, who was simultaneously benevolent in intent but possessing the authority and will to see his vision through. Without having lived there, it isn’t really possible to truly appreciate the full extent of what Lee Kuan Yew did.

But even if you’ve never been to Singapore, Lee Kuan Yew’s legacy is something you should be interested in. Here was a man who showed us what a society can achieve in a relatively short-time, even with the most blighted of conditions to start with. You may not agree with everything LKY ever did, but he is a shining example of what it means to be a real statesman. And of what a leader can actually accomplish when possessed of decency, vision, authority, courage, and single-minded determination.

Lee Kuan Yew was a genius of a man, and a gifted nation-builder. We should demand of all of our politicians that they aspire to be a bit more like him. The world would be a better place for it.