I walked from Venice Beach to Santa Monica this afternoon.

This is one of the world’s great beachside promenades, and I have done it many times before. Still, it never disappoints. It is always an uninterrupted, intoxicating carnival of everything and anything that humanity has to offer. Joggers, dog-walkers, strollers, fitness buffs, mums and babies in prams, cyclists, roller skaters, tourists, hobos and itinerants, stoned surfer dudes, dreadlocked Rastafarians. All zipping back and forth along a pedestrian boulevard lined with hundreds of small makeshift stalls, selling an eclectic mix of paintings, hand-made arts and crafts, nick-knacks, souvenirs, and food. And set against a constant backdrop of sand, sea, and the big blue sky. Really, it is wonderful.

Anyway, as I neared the Santa Monica Pier and the end of my walk, I was approached by an African-American child; a young girl, with a pretty face and broad smile, her wild curly hair arranged into two pig-tails.

“Excuse me Sir, I have a question for you, it will take 30 seconds, can you spare the time?” she asked.

I could see an adult woman hovering a few feet behind her, and I immediately assumed this was a ruse of some sort. Just like the man who a few minutes earlier had offered to tell me a joke for a dollar, or the panhandler down the beach who had asked for my spare change, or the con men I had passed who invited me to play a card guessing game for money.

But something about this young girl seemed sweet and innocent and genuine. So I stopped to hear her out.

Without skipping a beat she immediately identified my accent as Australian. She told me that her name was Kayla, and she was 11. She said that she loved singing in church, and had been invited to join a group to tour New York in January, and possibly audition for the Julliard School. The tour would cost $1,000, and she was asking people for donations.

“Have you been to New York?” she asked me.

“Yes, many time, I was there a few weeks ago”, I replied.

“I’ve never been”, she said, “I can’t wait. Going there will be the most amazing thing that has ever happened in my life”.

In her little hands she was clutching a notebook tightly. On the ragged pages she was writing down the names of people – kindhearted strangers on the beach – who had agreed to help her, where they were from, and how much they had donated.

I looked at the list. There were about forty names on it, and I could see that other people had donated between $5 and $20. Most of the names on the list were from various parts of the USA, although there was a couple of other Aussies, and a few English people as well. Kayla said she had so far raised $500.

Next to each name was an email address. “When I get to New York in January”, she said, “I will send everyone a photo of me there, and also a video of my singing”. Her voice was filled with infectious enthusiasm. In young Kayla’s mind, there was absolutely no chance she wouldn’t be getting to New York. It was the unshakeable, unwavering faith in the rightness of the world that only a child can possess. Something about Kayla and her story touched me. So I took her pen and notebook, and wrote my name and email at the bottom of her list. Then I reached into my wallet and pulled out a twenty dollar bill. I handed it to Kayla and she beamed at me. It was the most beautiful, pure smile I have seen in quite some time, and felt like someone had shone a brilliant ray of sunshine directly into my face.

Kayla saw a photo of my children on my phone – my daughters and son in Australia, who are her age. She asked their names, and asked me lots of questions about them. “Wow, they are so lucky”, she said, but without any sense of envy or bitterness. I felt myself choking up.

And then the woman in the background stepped forward. She had been there the whole time, silent, maintaining a respectful distance of a few feet. It turns out she was Kayla’s mum. She looked like a person who had seen tough times. But she too smiled at me warmly – lovingly almost – and before I could do or say anything more she grabbed me and hugged me. Forcefully, pulling me in towards her where she literally began sobbing on my shoulder. “Thank you,” she whispered, “Kayla lost her Dad a year ago. Your help – everyone who has helped her – it means everything”.

Seriously, I didn’t know what to do. So I just stood there for a few awkward moments, in the sunshine, on the Santa Monica seashore, while a total stranger cried her eyes out as she hugged me. It was such a heartfelt, genuine moment, and almost without warning, I found myself getting teary too.

After a few moments Kayla’s mum let go of me, and we both wiped our eyes. Kayla was smiling even bigger than before. I made to say farewell, and Kayla held out her hand to shake mine. “Bye Eytan, and thank you!” she said. I turned and continued my walk. Behind me I could hear Kayla approaching another person, an old lady who had been sitting on a nearby bench: “Excuse me Ma’am…..”

For the rest of the walk, I had an extra spring in my step. My brief encounter with Kayla and her mum was simply wonderful – uplifting really. A random moment that had reached into my random day, to remind me that amongst all the chaos and madness of the world we live in there are always bits of light and goodness. There are always honest, hardworking people, going about their day, with their own stories; folks who have experienced their own trials and hardships, and who have their own dreams and aspirations. There are always those simply trying to get by, to make the most of their talents and opportunities, to play as best they can whatever cards life has dealt them, good or bad.

I gave Kayla $20. Not much, I know, but I hope with the support of others it will in some small way help get her to New York, where she will get a chance to fulfill her dreams.

In return Kayla showed me that small acts of kindness can go a long way in this world, and that there are still people out there willing to help. She left me with a smile, and a moment of pure joy. She gave me something that was truly beautiful, and utterly priceless.

Thank you Kayla. And good luck on your journey. 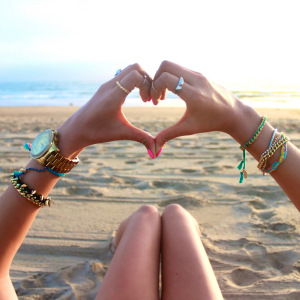