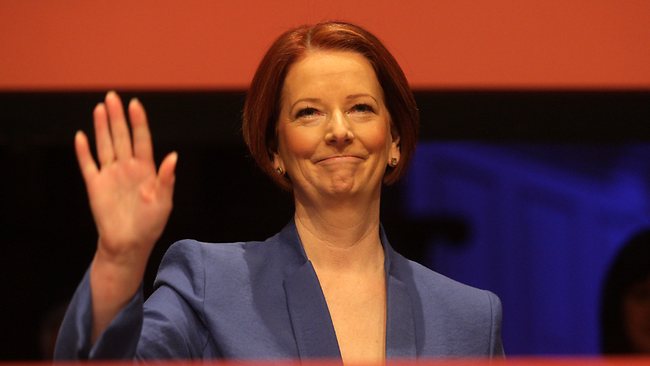 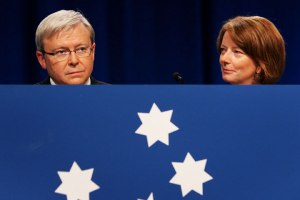 On the 14th of June last year, so just over a year ago to the day, I lamented about how utterly pathetic Australian politics can be (see Australian Relativity – Chainsaws, Fairy Penguins and Koalas).

There, I made the following comment: “The big story in all the papers that day was the ongoing speculation that Australia’s Prime Minister, Julia Gillard, was about to be challenged, and probably toppled, from national leadership by the ex-Prime Minister, Kevin Rudd. Julia had herself come to office less than two years ago by toppling Kevin in a political coup of her own, and now, apparently, Kevin was lining up to do the same back to her, so that he could re-become Prime Minister and Julia would then be the ex-Prime Minister until she could mount a re-topple attempt of her own. Australian politics can be awfully complicated, and more than just a touch confusing at times”.

It seems Kev was a bit slow off the mark, taking only another year to get there, but he didn’t let me down, eventually stabbing Julia in the back and today formally reclaiming the throne that was so bitterly taken from him in 2010.

For her part Jules now swears she is leaving politics, and won’t be back. Um, yes, well, forgive me if I am not totally sure I believe her…..

The week before that, I had written a post focussed on my friend and mentor, former Australian Prime-Minister Paul Keating (see: Dullsville Australia – on Paul Keating and Chinese Exercise Machines). Love him or hate him, Paul was at least a characterful leader, and a leader with character. Since he left politics in 1996, it seems the Australian Labor Party has drifted further and further into mediocrity.

Paul was famous for his one-liners, and recent shenanigans in the Australian parliament bring to mind something Paul said in 2007, long after he left office:

“The Labor Party is not going to profit from having these proven unsuccessful people around who are frightened of their own shadow and won’t get out of bed in the morning unless they’ve had a focus group report to tell them which side of bed to get out”.

Paul, isn’t it time for a comeback? In any case, let’s hope that whoever comes next to knock Kevin off his perch (that is, if it isn’t Julia) lifts the game a bit.